How does e-Invoice System Work

With the e-invoice concept being introduced for notified businesses, how does the e-invoice system work is the common question that most businesses have? In this blog, let's look at how e-invoice is operates.

In simple words, e-invoicing is a system through which business-to-business (B2B) transactions are authenticated electronically by the IRP portal for further use on the common GSTN portal.

In the e-invoice system, the moment you create an invoice for your customer, it should be uploaded to IRP (Invoice Registration Portal) where the validation will be done, and a unique number called IRN (Invoice Reference Number) along with the QR code will be issued.

An invoice remains valid only if it has IRN and QR code that is authenticated by the IRP (Invoice Registration Portal). Here, IRP is a designated portal designed to accept, validate and authenticate the invoice.Know more on IRN, Format and ways to generate it

In contrast to the current system of GST which requires only the details of invoice to be uploaded periodically in GSTR-1, the e-invoice system requires you to upload and get the invoice authenticated by the IRP system.  Without further ado, let’s understand how e-invoice system works?

How does e-Invoice system work?

As depicted in the above diagram, the workflow of the e-invoice system can be categorized into 2 parts. First is the interaction between the business (supplier in case of invoice) and the Invoice Registration Portal (IRP). The second part is the interaction between the IRP and the GST/E-Way Bill Systems and the Buyer.  Let’s now understand the e-invoice system in detail. 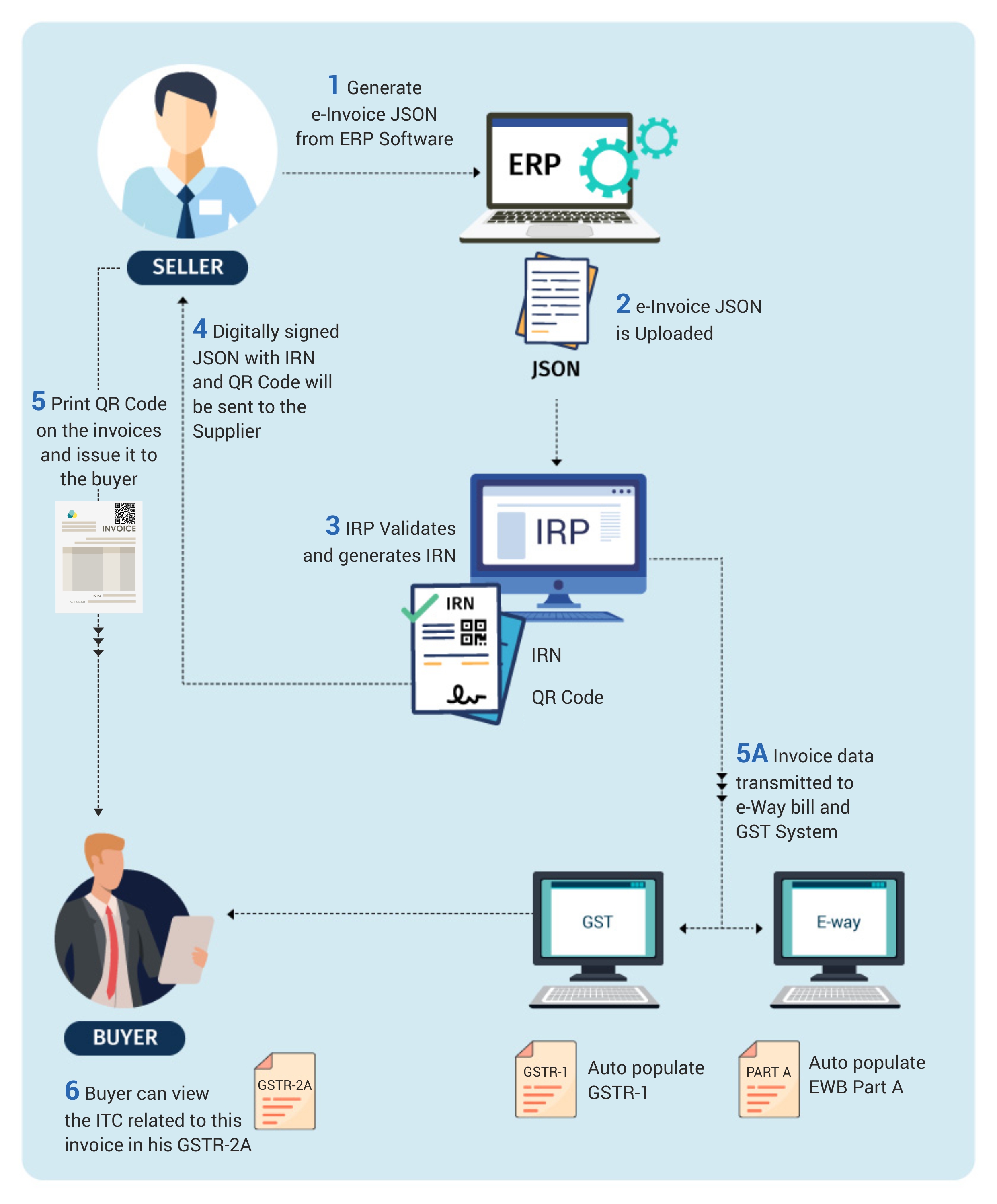 The above illustrative diagram of e-invoice system is explained below

With e-invoices already implemented for notified businesses, it is a necessity for the business to have an accounting or ERP software which will help you seamlessly generate e-invoice without impacting the way you use to operate your business. While the current applicability of the e-invoice is for the businesses with turnover exceeding 20 crores from 1st April,2022, the long-term vision of the council is to implement the new e-invoicing system for all taxpayers irrespective of the turnover threshold. In the recent update, e-invoicing will be applicable for businesses with a turnover exceeding 10 crores from 1st October 2022.

Video on e-invoicing in TallyPrime

Watch video on e-invoicing in TallyPrime

Know more about e-invoices in GST