Home GST What are the Challenges in the New GST Return System?

What are the Challenges in the New GST Return System? 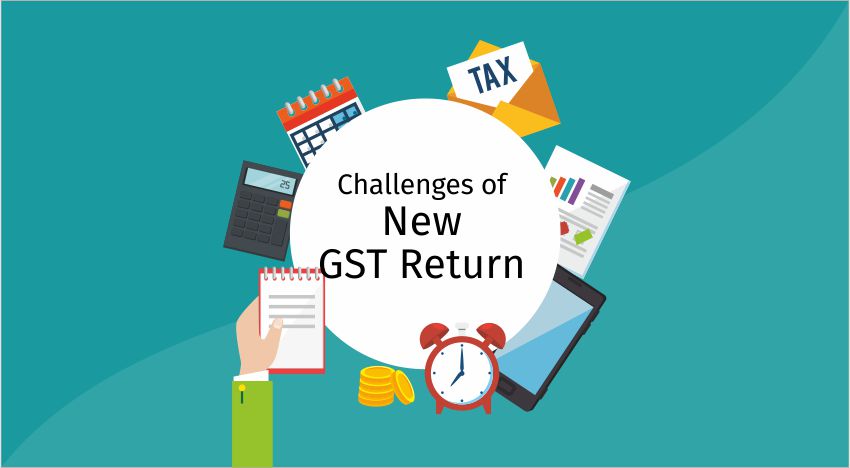 While the introduction to GST changed the face of the entire nation’s taxation system, some of the provisions still seemed ambiguous. Thus, to remove any ambiguities around GST return filing system, the government decided to change a few reforms to address certain gaps under the existing system. However, there still seems to be a slight reluctance regarding the new return filing system. Let’s look at some of the challenges which we will likely face once GST 2.0 comes into action.

Several small businesses may face complexities related to real-time invoice uploading. Even a single invoice that is missed being uploaded on the GST portal may lead to a loss for the taxpayer while he claims an ITC for the same. Though he has a physical invoice. Eg: The buyer (who is also a monthly tax filer) may face the risk of losing ITC if the purchase invoice is not yet uploaded by the seller (who is filing returns on a quarterly basis). Uploading the invoice immediately after the transaction is a must to avoid such drastic circumstances.

The taxpayers will take some time to understand the changes in tax laws. During this transition phase, taxpayers will get ample time to comply with the law. However, it is a big challenge for a chartered accountant to educate a taxpayer about how a new GST return system works. For example, the chartered accountant has to take responsibility to explain to the client about how a real-time upload of invoices works, how a taxpayer has to take actions in ANX-2 to claim ITC, and how a taxpayer has to report missing invoices.

Adjustment of entries to match invoices

The new GST return system requires a frequent matching of the invoices uploaded by the supplier with the books of accounts to claim Input Tax Credit (ITC) which is a time-consuming process. The invoices uploaded by the supplier in his GST ANX-1 will auto-populate to GST ANX-2 of the recipient. The taxpayer usually matches their invoices with books of account at the time of filing their GST return. The pain point involved in frequent matching is that the taxpayer has to allocate time from his daily business activities, or he has to dedicate personnel to do the same. Eg: Under new GST return system, if the taxpayer matches invoices at the time of filing his return, he will not have enough time to follow up with the supplier, and this leads to an incorrect or inaccurate claim of ITC.

Vendor communication plays a vital role in the new GST return system. The vendor has to focus more on accounts receivables and accounts payables when compared with the present return filing system. The accounts receivable will determine the value of sales/debtors and ITC claimed. On the other hand, the accounts payable will decide the value of purchases/creditors and output tax liability. Hence, vendor communication is vital while following up for missing invoices and reconciling differences. This is one of the foremost things which needs to be taken care of by a taxpayer for hassle-free submission of GST returns.

Taxpayers under the present return system will need ample time to adapt to the new GST return system. The government has already provided the prototype of the new GST return system. But all the specified features are not enabled in prototype returns. The pain point during the transition is that the taxpayer must get used to new features such as the upload of invoices in GST ANX-1, taking action in GST ANX-2 for ITC claims, regular reconciliation of differences, claiming provisional credit for missing invoices, and more. To overcome the above challenges, taxpayers can use the latest technologies available in the market so the adapting process to new GST returns becomes easy. New features such as bulk upload and tracking of invoices, regular reconciliation of books of accounts with GST returns, continuous follow up with vendors, and hassle-free communication to bulk vendors are available.